There are multiple techniques for information visualization, split into several groups and suited for different needs. Applying them correctly can help turn the flow of raw data into actionable insights that underpin lucrative business decisions.

Such visual forms are mostly geospatial, which means they represent some certain geographical location on the globe.

2D area data visualization methods help a ton when evaluating large-scale data like demographics, voting results, tourism and business growth rates, etc. However, they are not
suitable for depicting the data values for a single company or the information that has no geospatial connection. This is where multidimensional data visualizations come into play.

This type of big data visualization approaches is one of the most widespread, as it combines two or more dimensions to produce easy to grasp images.

While such data visualization techniques are extremely useful for depicting the values from a single data set, they are of little help when comparing two or more different sets. Hierarchical data visualization comes to our aid in this case.

Sometimes it’s important to show how one set of data values compares to another one or more data value sets.

These forms of data visualization are mostly useful for depicting the hierarchy or relations of different variables within the data set. However, they are not too suited for showing the relations between multiple data sets, as network data models work best for such matter.

When we need to describe the way various data sets compare and relate to each other, network data visualization techniques come to our help.

Another great example of such a matrix is how Amazon ML uses the color legend to actually depict the degree of the value connection. 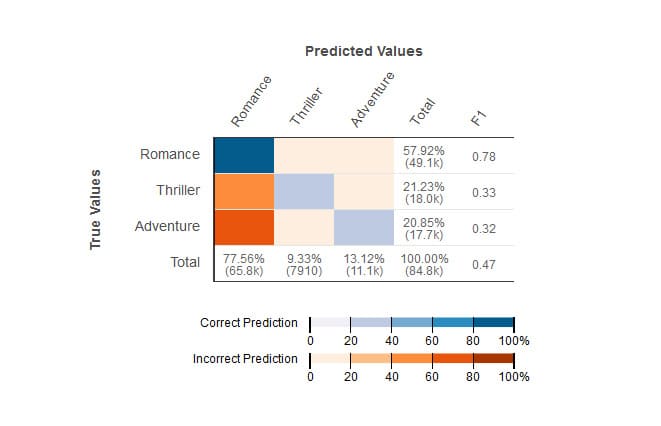 While such forms of visualizations are definitely very descriptive and useful, they are stale in the terms they are linked to a certain moment in time. When timescale gets involved, the picture becomes much more interesting.

While looking quite like simple linear graphs, temporal visualizations include a start and finish time and some of the items measured might overlap, thus creating a descriptive image shoving the variable adjustment over time.

Source: The Guardian: China vs the US comparison

These 15 data visualization models are merely the tip of the iceberg. There is a huge variety of techniques available, depending on what result has to be shown:comparison of several data sets, their composition, distribution of data within said sets or relationship between them. While the sheer amount of data visualization techniques might seem overwhelming, we hope you agree viewing graphs is always better than looking at rows of numbers.

The last article in this series will be devoted to most popular Big Data visualization tools, so stay in touch!